Anne Thompson rented a billboard along Interstate 70 in Missouri to put up an artwork that says “Keep Abortion Legal.” Anne runs the I-70 Sign Show, a project that, since 2014, has displayed the work of artists including Ed Ruscha, Marilyn Minter, and Mickalene Thomas along a stretch of highway that runs across the state of Missouri. Though Anne wasn’t initially interested in addressing politics through the project, all of that changed after the election. The I-70 Sign Show’s billboards often collide with their setting in unexpected ways, and it’s not uncommon for billboards to be defaced. Will the “Keep Abortion Legal” billboard, originally designed by artist Aleksandra Mir, be riddled with bullets by the time it’s replaced by a discount boots sign?

Also, we occasionally get some complaints about our show, like this one which was recently posted on our Apple Podcasts page from J. Robert Lennon. Lennon is the author of two story collections and eight novels, including Mailman, Familiar, and Broken River. On this episode, he reads his review. 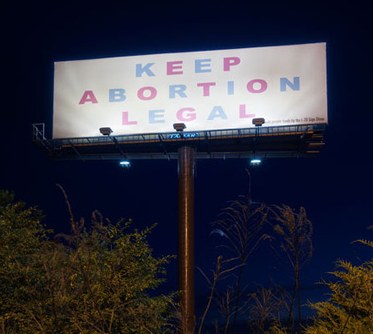 Aleksandra Mir, "Keep Abortion Legal,"
June-July 2017 View of installation at I-70 West mile 101,
near Boonville (Credit: Matt Rahner for the I-70 Sign Show) 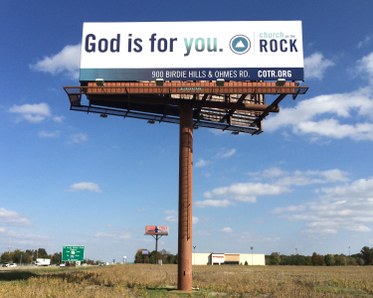 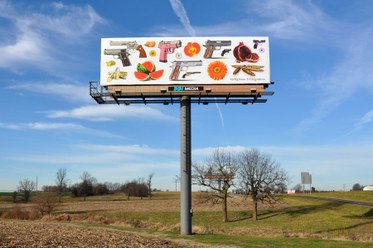 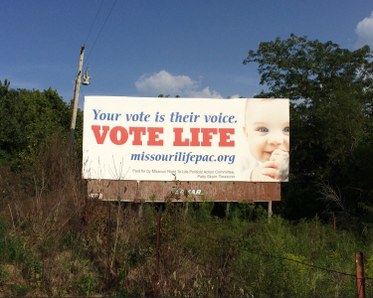 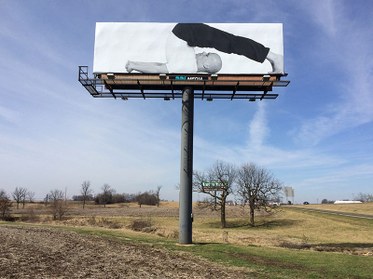